At my son’s second birthday party, I observed my best friend’s child try to engage my son in play, he ignored her. At his 2 year old checkup (a week later), our pediatrician asked approximately how many words does he have in his vocabulary. My answer (as it turned out) led to a discussion about Early Intervention. My son’s diagnosis was life changing. Hi, my name is Erica and I have a son with ASD. His name is Joey and was receiving services from The Arc Alliance.

Tara Yerger (Service Coordinator) has been so helpful in Joey’s care. She came over my house on Christmas Eve (of all days) to help with my son’s MA (Medical Assistance) application. Tara’s dedication to her job is overwhelming. She is always available when I email her and has answered every question regarding IU, MA, wraparound, the list goes on and on.

Lori (Speech Therapist) was the most amazing therapist my family has ever worked with. She is patient, kind and helpful. She made herself available for any questions or concerns I had regarding my son. She gave me great life advice. She always had Joey’s best intentions at heart. She made herself available to me after her work was over. Lori used what I had (toys wise) and made it work. She thought up different games to help Joey learn. She made mundane activities fun for Joey. She gave me great ideas on how to make him talk and request. She pushed him in all the right ways. It was clear to me, after our first meeting with Lori, that she loves working with kiddos because she is ridiculously good at it.

My son and I also had the pleasure of working with Ron (Occupational Therapist). Originally I had misgivings about a male therapist, but Ron made us feel very comfortable. From the second he walked in the door, he had chemistry with Joey. Ron showed us different techniques he thought would work the best with a kiddo like Joey. It is clear he loves children. Without Ron’s advice and therapy sessions, we would never have known Joey’s love for fun heavy work load and roughhousing play. My family will miss Ron the most.

My son has made the most progress with Christy (Special Instruction), Lynne (Behaviorialist) and Jenny. They gave me such inspiration on how to deal with the communication issues I was having with my son. Christy gave me some ideas and listened to some of my own. They have suggested several toys and products that have done wonders for my son. They also steered me away from toys that were harmful to his learning. Lynne paid very close attention to my son’s behavior and observed little cues I never would have seen, let alone knew how to fix. They worked so well together, they were constantly evaluating Joey’s progress and Christy’s implementation of the plan made Joey’s progress skyrocket. For example: Joey’s focus, especially at table time, was maybe 30 seconds. They not only improved his attention span to 15 minutes, but they showed him how much fun it could be and he looks forward to it!

Together, I had the most impressive team that I could have asked for. They worked so well together. They took time to overlap between sessions so that we could all be on the same page when it came to my son’s progress. This has been especially helpful to know the kind of techniques that everyone was using and whether or not they were working. None of them cancelled on me, were always professional, and constantly punctual. Early Intervention was the best decision I could have made for my young son’s life.

My son can now talk, request and play with other children because of these amazing people. I wish that my son and I were able to see them every week, but they have other families to save.

About the Author: Diana Polec 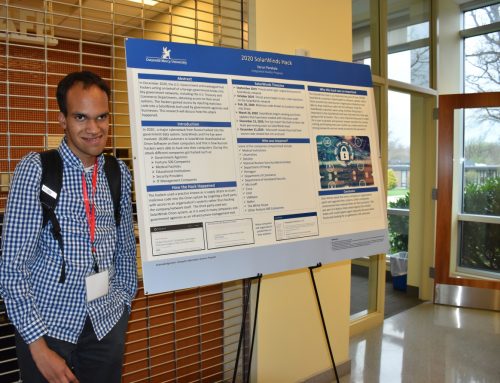